I’m overdue for sharing an update on my garden. While most of the fall seeds I planted didn’t sprout, or sprouted a bit too late for me to do much with (or something sprouted, but I can’t tell if it’s a weed or something I did on purpose), there’s still been plenty to harvest. I even found some surprise fennel in a corner of my garden! 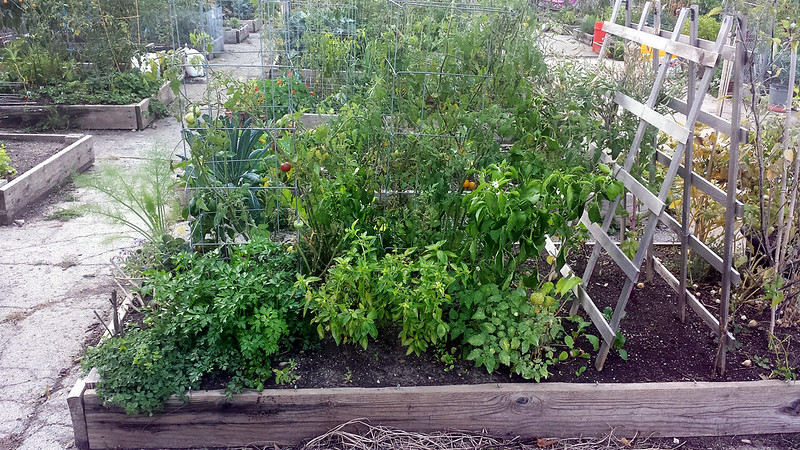 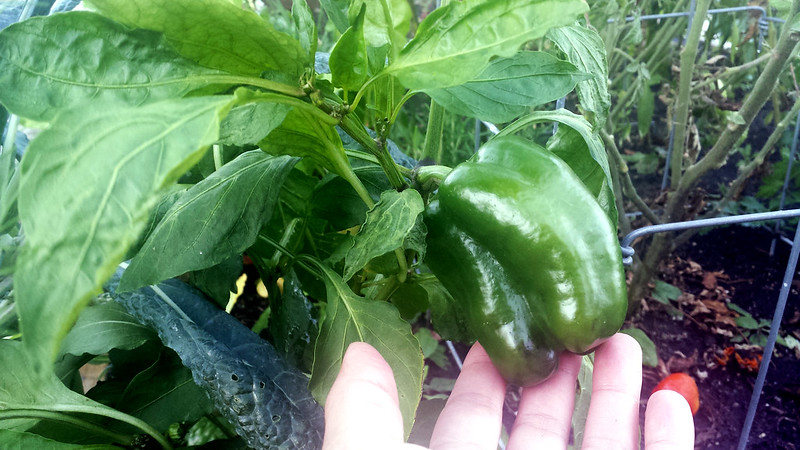 My peppers got a second wind, as did all of my herbs (who wants a boatload of chives?). I’ve loved seeing how the 3 little radishes I didn’t pick in spring have become these giant plants with their pretty white flowers and spiky little seed pods. I’ve also picked a ton of green tomatoes that are destined for a pickle jar. 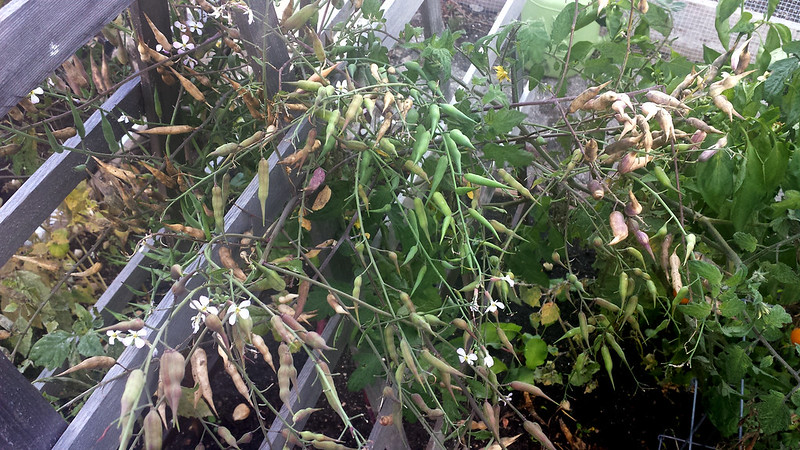 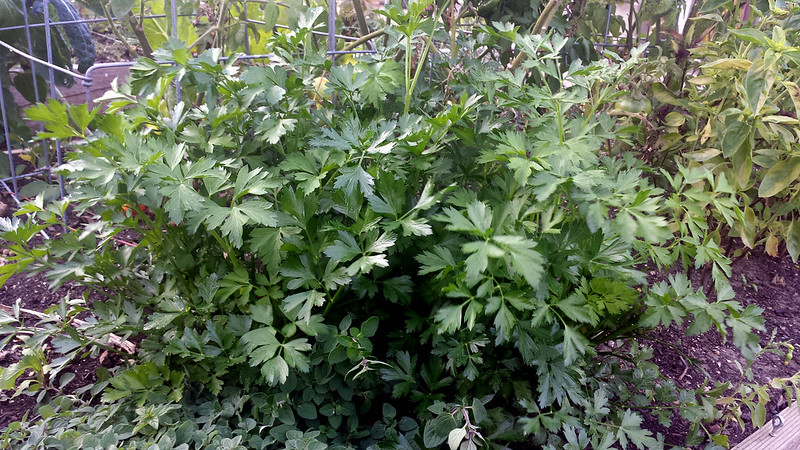 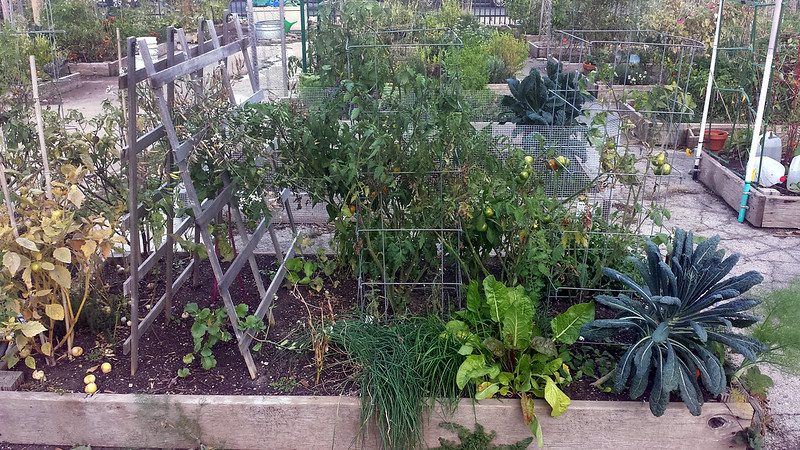 For my second year of gardening, I think it was pretty successful, despite some bizarre weather. Next year I’ll plan to do more soil amending/fertilizing before I plant anything and fertilize more throughout the season. I liked and ate most everything I planted (the exception being ground cherries, which I just can’t get into, black tomatoes, which had zero flavor, and beans, which the bunnies got to first). Lemon verbena was my favorite new thing this year.

Gardens close in a few weeks, and I still have a bit of harvesting and cleaning up to do. I’m planning to dump some lettuce seeds and see if I can get them to sprout like last year, which will be quite a nice surprise come next spring. Until then, rest up little garden! You earned it.