Want to read more about Cooking the Books and my thoughts on Chicago’s food scene? Check out this interview I did with Third Coast Review!

Oh, Ina, if there was a way to live your life. 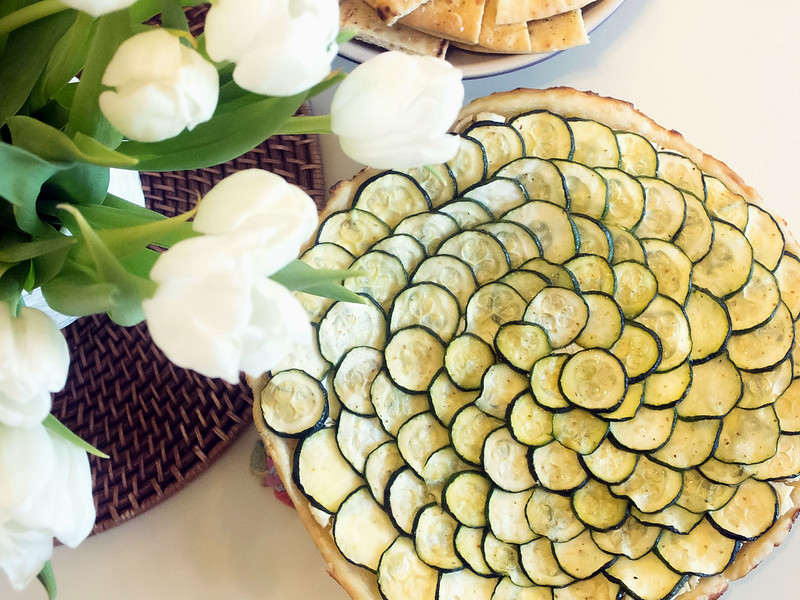 For April, we picked the Barefoot Contessa Make It Ahead cookbook. Let me say first that there’s a reason Ina’s built the reputation she has–her recipes work, and they are delicious. They may not test the bounds of kitchen creativity, but there’s definitely value in a recipe for perfectly cooked beef tenderloin or a not-watery vegetable lasagna, especially if you’re looking for a centerpiece dish for a party. If you have a house in the Hamptons, friends coming over to play bridge, and just stepped out to get a bouquet of freshly cut flowers from your best friend the florist, so much the better. 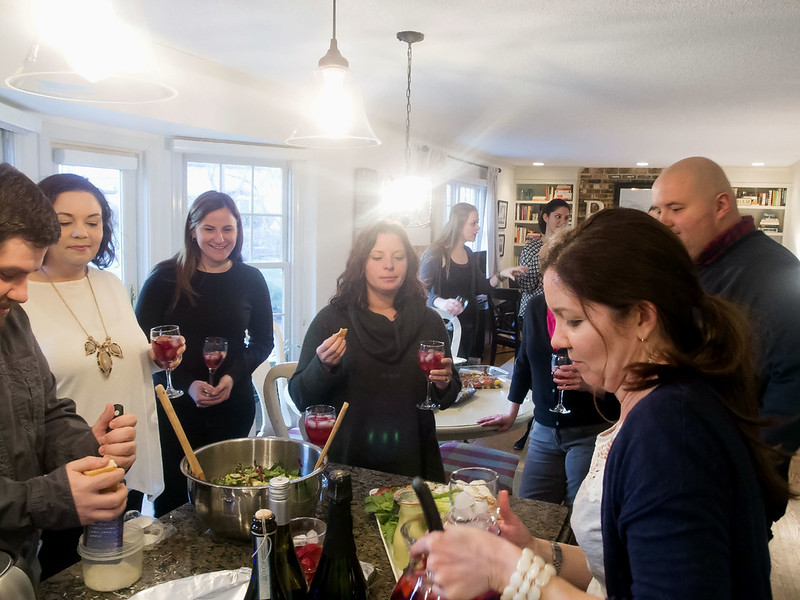 That said, I–we–definitely had some gripes with this book. First, the majority of the recipes seem to have been repurposed from other Barefoot Contessa cookbooks. This wouldn’t a big issue except these recipes were so obviously shoehorned into the “make ahead” concept and not always in a way that made sense.

The one I kept shaking my head at was her version of bouillabaisse. The recipe instructs you to make stock (which can be refrigerated up to a day, though the recipe isn’t exactly clear at which step your stock is done) and then, 30 minutes before serving, reheating the stock and adding all of the other ingredients. That’s just…making soup.

When I’m looking for a “make ahead” recipe, I want one that can be made completely a day or more ahead (or only needs a simple garnish or a component like rice or noodles) and is either as good or better the next day. This book has those kind of recipes–the noodle pudding she describes as “a mash-up of kugel and spanikopita,” which I could have eaten a pan of by myself, chicken pot pies, even the herb-roasted fish that you can assemble completely in single-serving packets a day in advance. 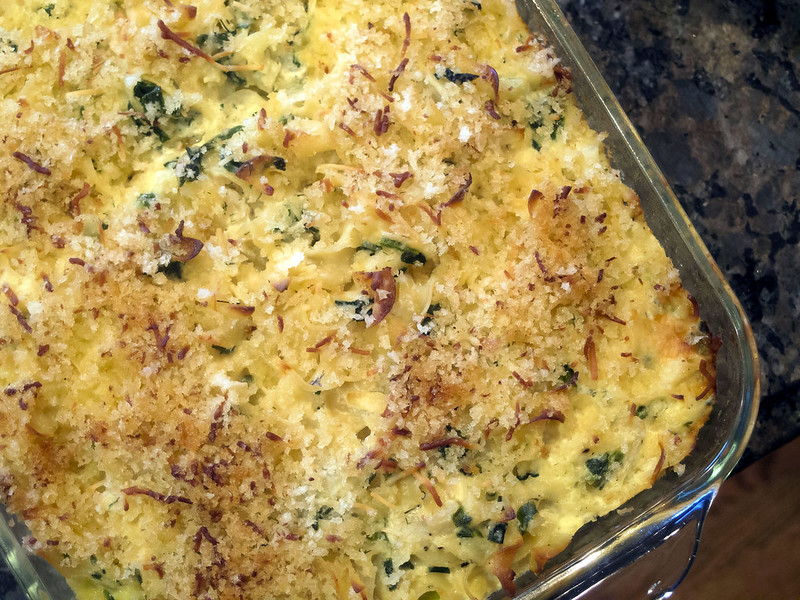 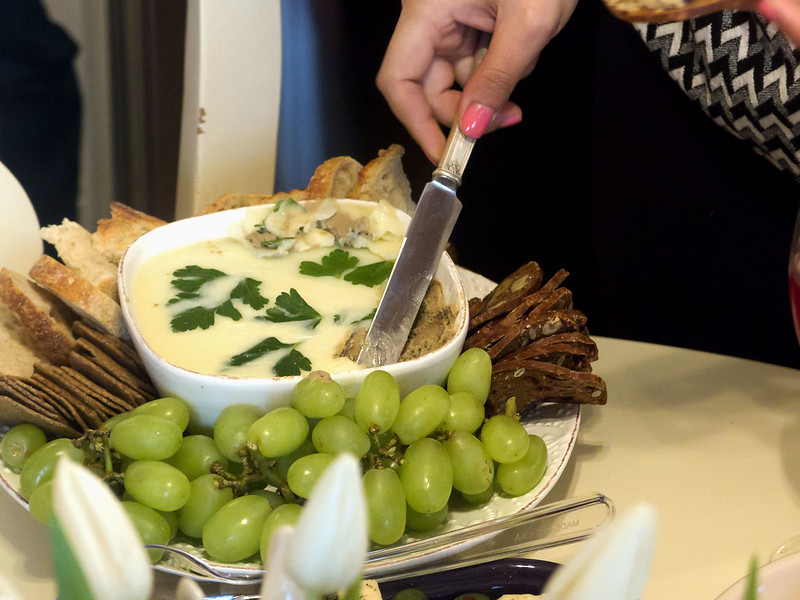 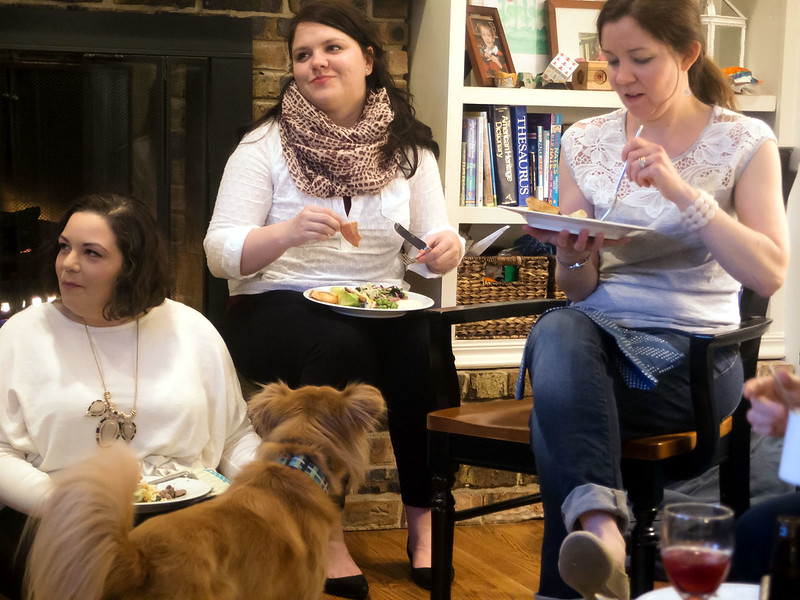 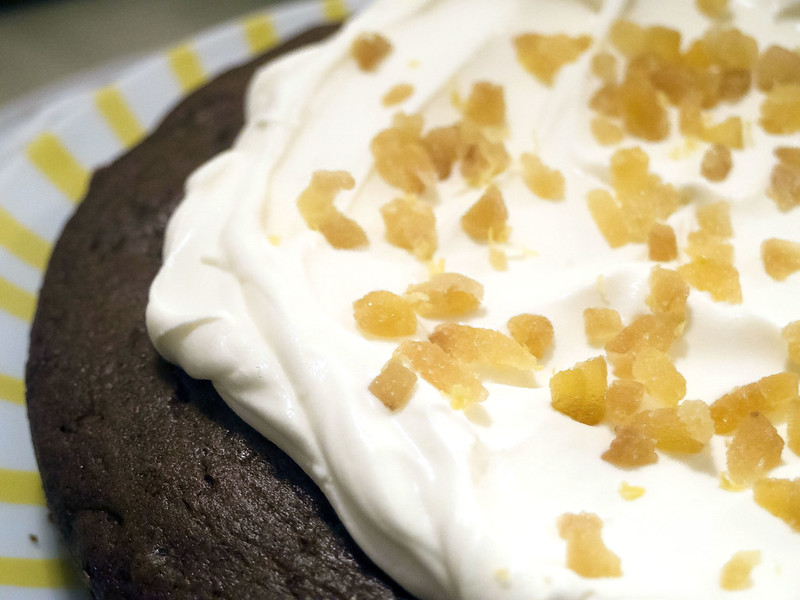 Several of the recipes also bordered on too salty. This is a difficult critique since I think most people (including me) under-season their food, but there is nothing more frustrating than spending an hour on a recipe, filling a sink full of dishes, taking a bite of your creation…and needing to follow it with a glass of water. Just watch the salt in her recipes. 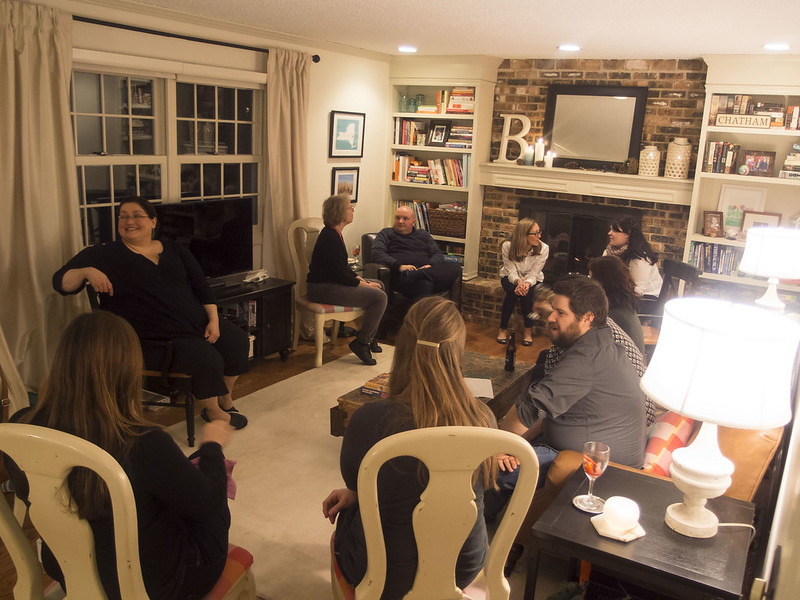 There are some great recipes, though, as long as you ignore that they’re supposed to be “make ahead.” And you’re not on a diet–more power to her, Ina does not cower in the face of butter, eggs, or cheese.

This is what we made: 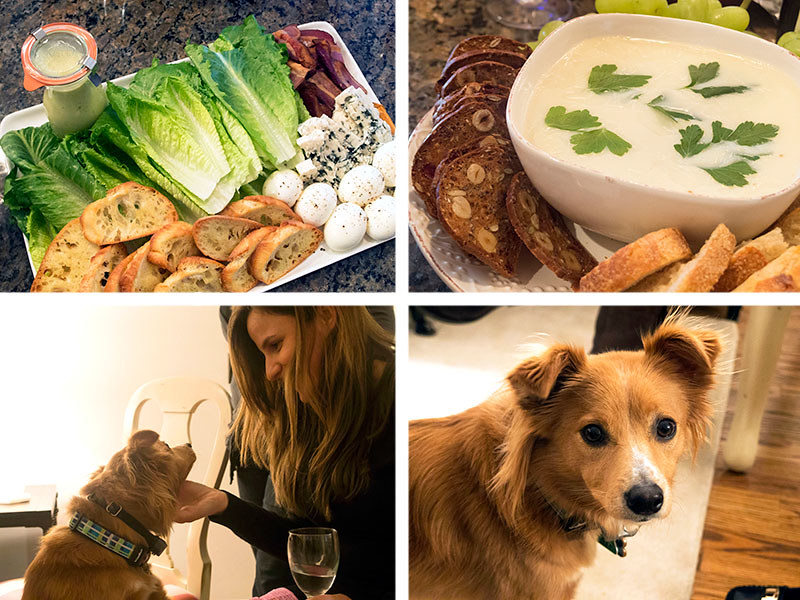 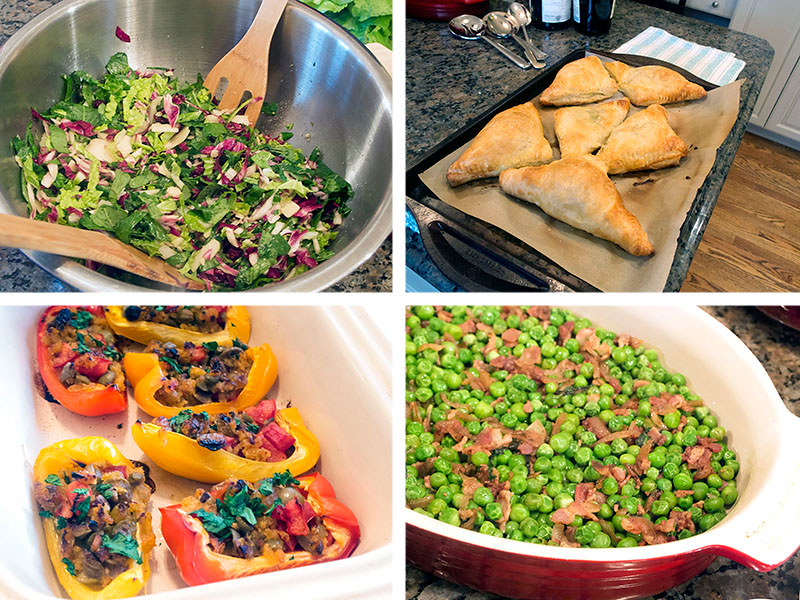 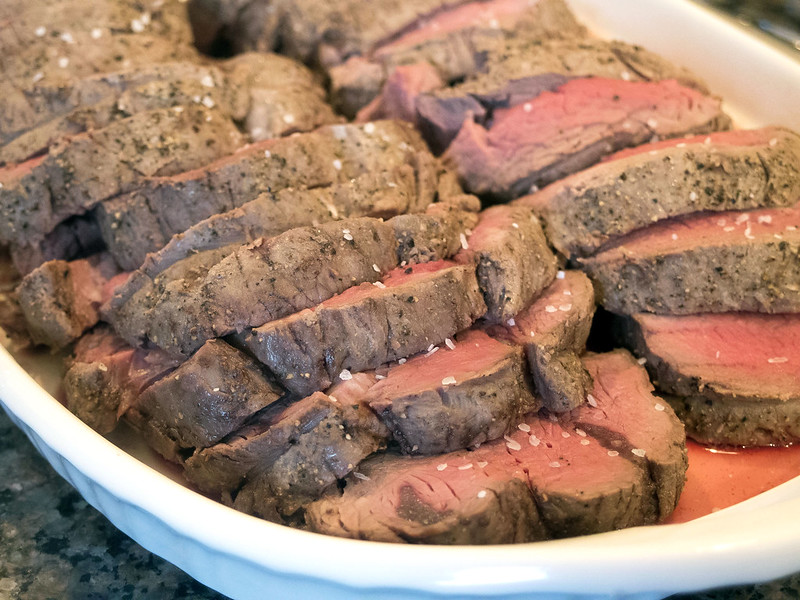 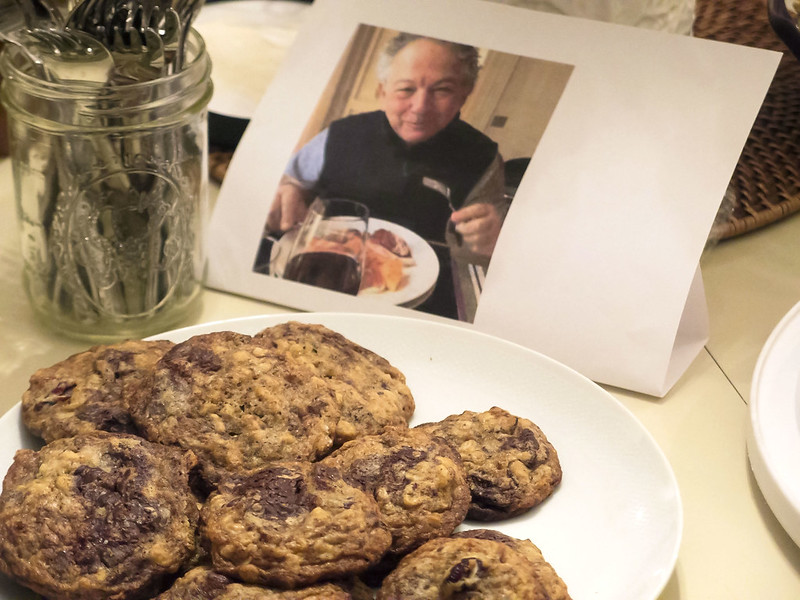 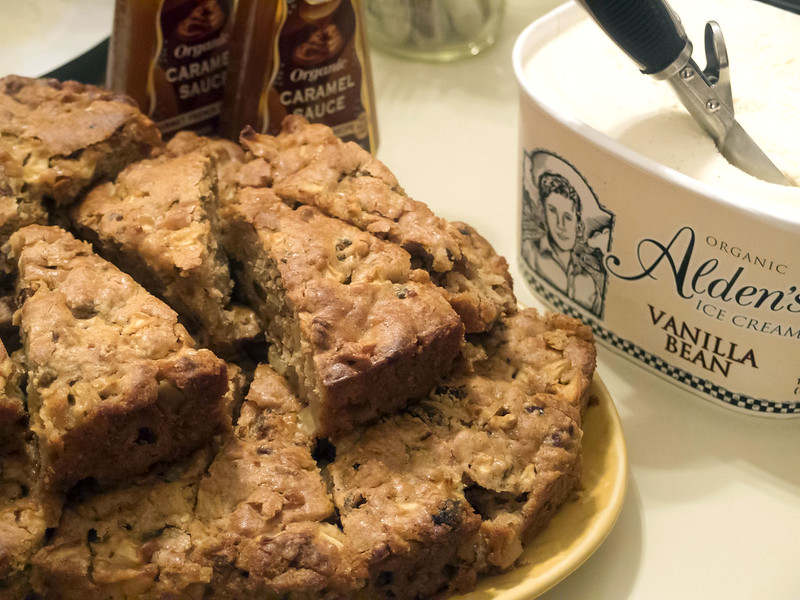 Overall, while this isn’t a book I’d go out of my way to buy, I do plan to photocopy a few of the recipes before I give the book back to my mom.

Next up, we’re kicking off farmers market season in May with Vegetarian Cooking for Everyone by Deborah Madison (who, incidentally, just got the James Beard Lifetime Achievement Award). Can’t wait!