“Living well is the best revenge.” That saying kept running through my head Saturday night as I sat in my living room talking with new friends, drinking wine, eating a homemade feast from Dorie Greenspan’s Around My French Table. While this wasn’t the original intent when I planned this dinner weeks ago, at least to the seven of us sitting there, it was the best possible response to Friday’s horrific news from Paris.

The coincidences surrounding this dinner made it feel like fate. It started with two articles: the first from Serious Eats about cookbook clubs (a combination potluck and book club with everyone bringing a dish from a chosen cookbook), the second a New York Times claim about the “death of the party,” blaming its demise on everything from the Internet (…huh?) and helicopter parenting to the real estate market and craft beer. 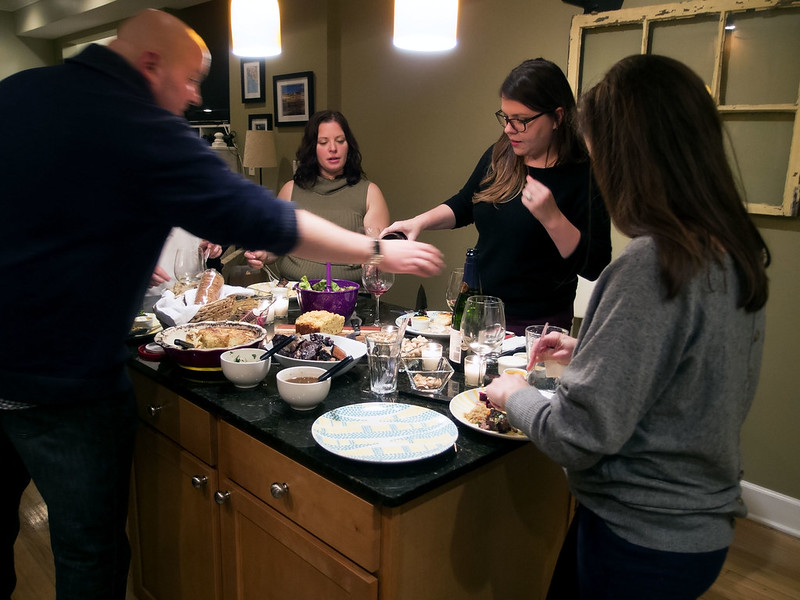 I’ve been looking for more excuses to play hostess and am always looking for a reason to try new recipes (especially from my ever-expanding cookbook collection that gets neglected in favor of whatever’s popped up on the Internet lately) . So I left a comment on the cookbook club article saying I’d love to start one in Chicago and for anyone interested to email me.

Inviting strangers into my home with a vague hope that we’d all have some common interest in food–not something my normally introverted self would take on. But I didn’t want to leave it to chance that someone else would start a group and hope they’d invite me. Between the half-dozen people who emailed me and several other food-loving friends, I gathered about 15 people who were equally excited about the idea. 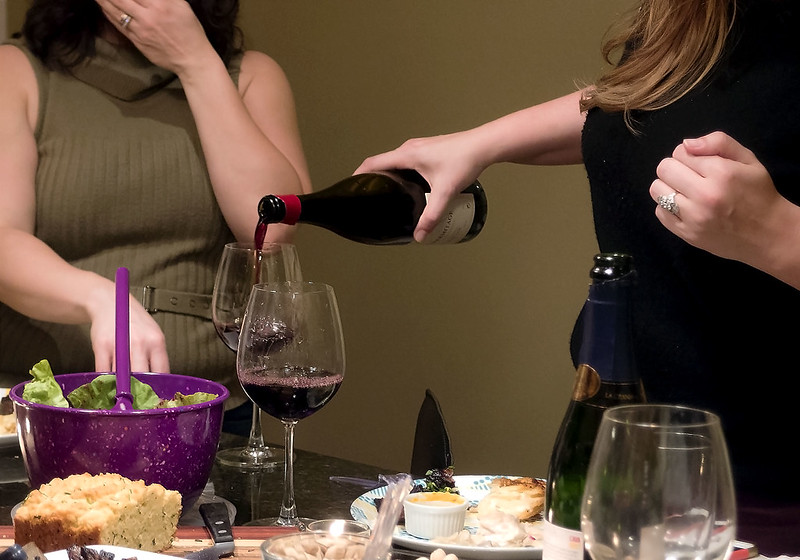 I chose Around My French Table as the inaugural selection for the “Cooking the Books” club since it had a huge variety of recipes and Dorie Greenspan’s recipes are almost always fool-proof (and, of course, I’ve become a bit of a Francophile over the past year). I found out one of the people who emailed me from Serious Eats was from France and that the date I picked, November 14, coincided with the first French Restaurant Week in Chicago. Fate, I thought.

Then I heard the news on Friday and my heart broke.

Suddenly this dinner was so much more important than just meeting new friends and eating delicious homemade food–or maybe it was so important for exactly those reasons. The attack in Paris targeted those simply enjoying life with friends and loved ones–a dinner out, a concert, a soccer match. If there’s one thing I can do in response, I thought, it’s this: I can bring a handful of people together to share a meal.

So I braised short ribs, set out candles, found good party music, chilled bottles of wine–not to avoid what had happened, but to control the one thing I could when everything on the news seemed determined to show how little control we have. 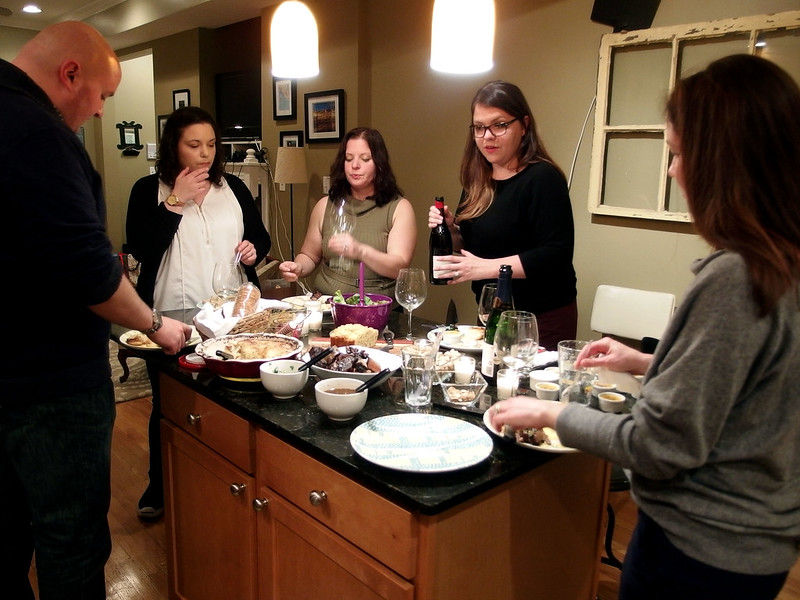 The dinner itself was everything I hoped for. Every dish was outstanding (I think that speaks both to everyone’s cooking skills and the recipes) but more importantly a group of near complete strangers with such varied backgrounds turned almost immediately into a dinner of dear friends, laughing, eating, and drinking like we’ve known each other for years. Of course the conversation revolved around food–what tweaks we made to the recipes, what inspired us to make a particular dish, what else we want to try. There’s something to be said for a group of people that can collectively nerd out over the kind of butter used in a dish. 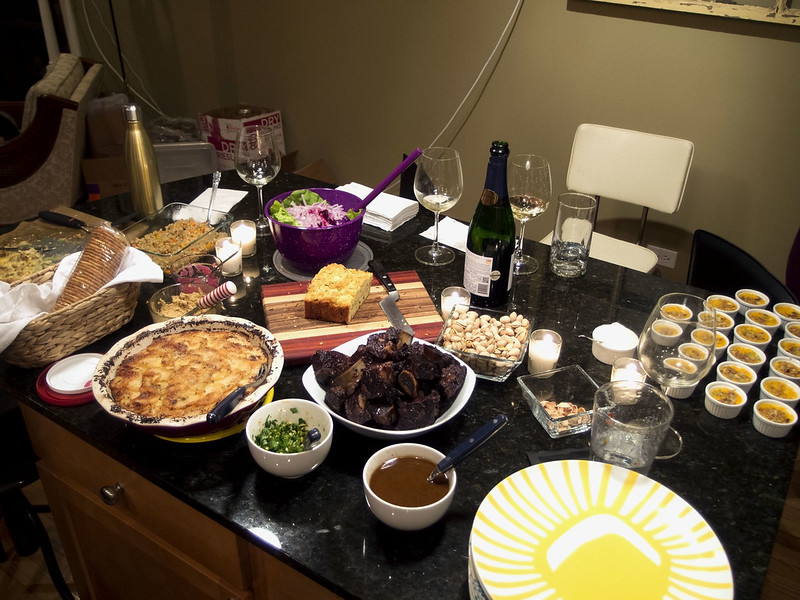 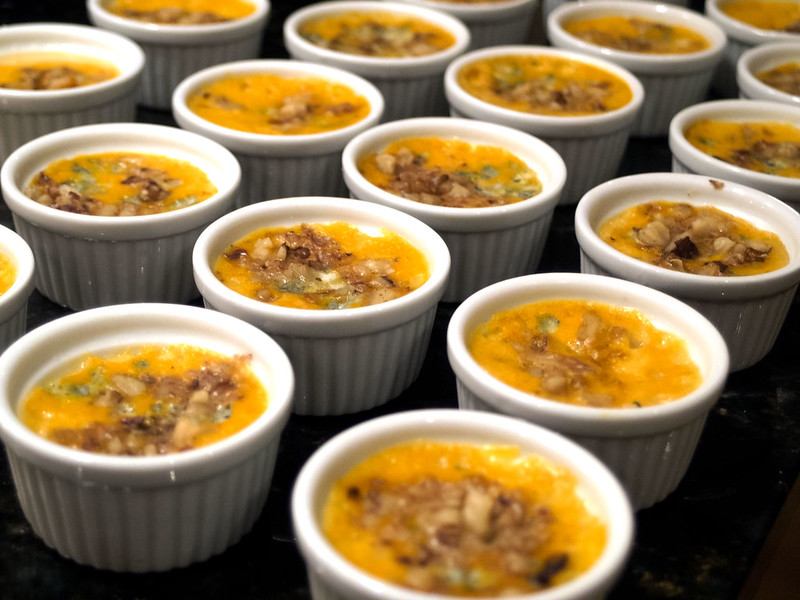 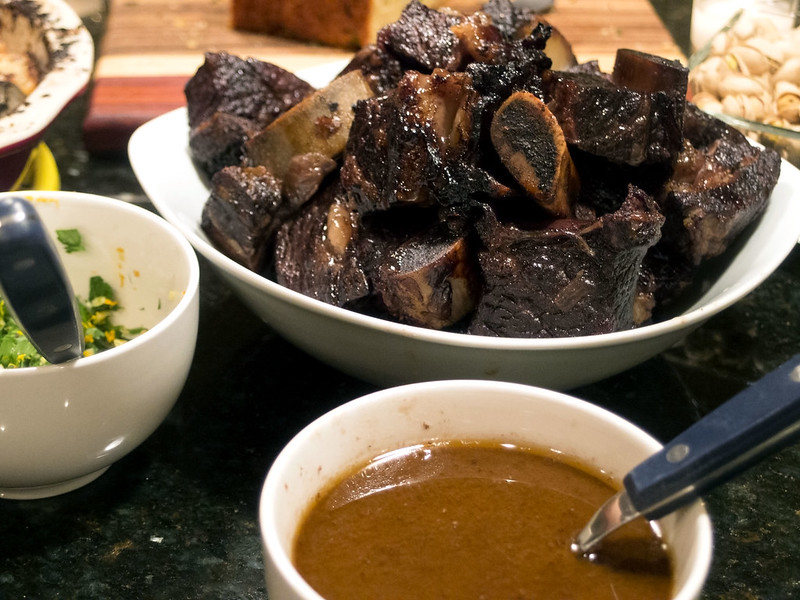 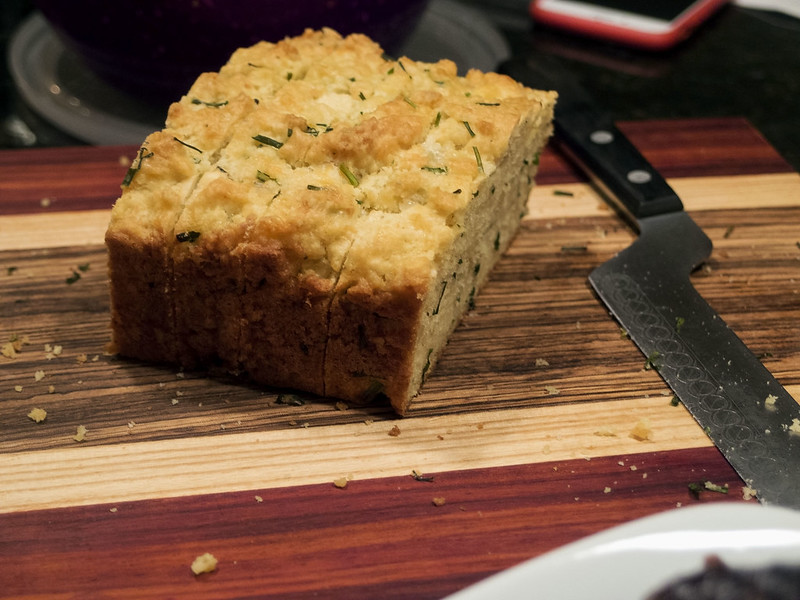 Sarah, our resident Frenchwoman, made a comment at the end of the evening that meant everything to me, though: after spending the better part of the past 24 hours on the phone with her family and friends, she was glad to have this dinner to look forward to. This was what she would be doing with her friends on a Saturday night in Paris. 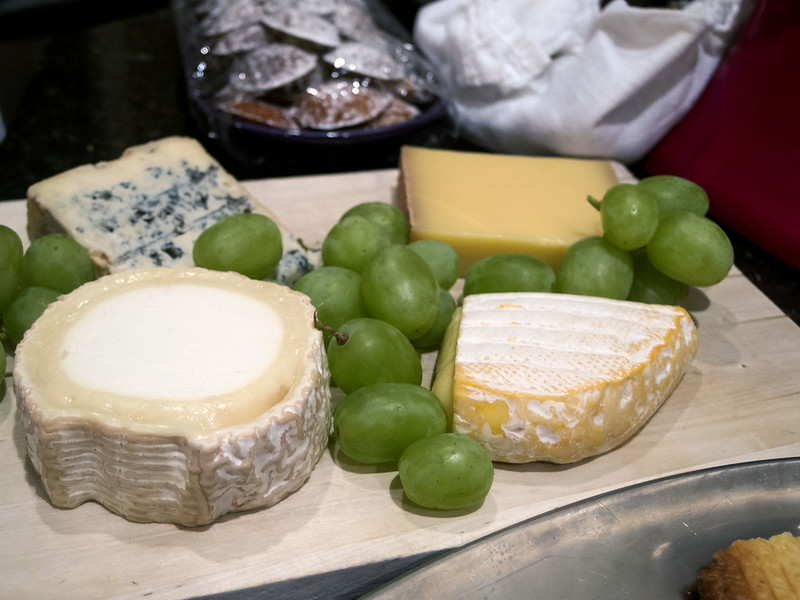 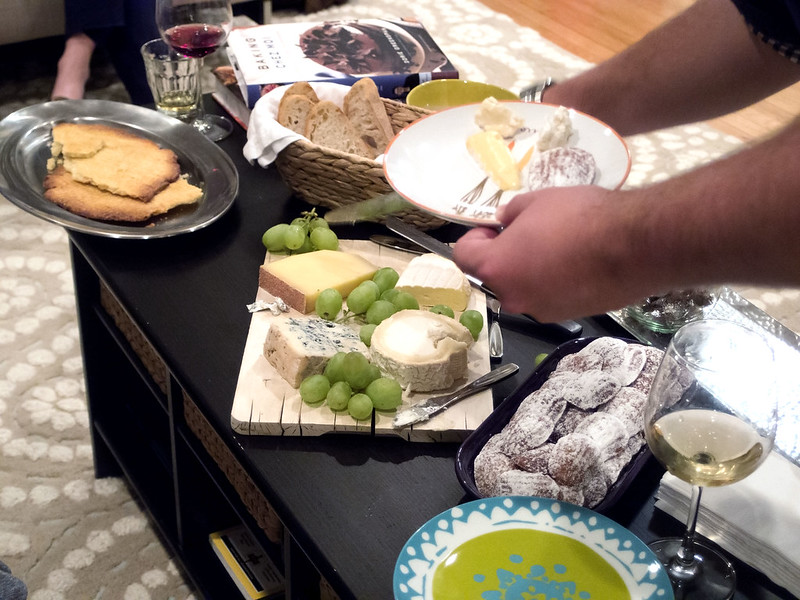 I still can’t watch the news. It’s all too much–the posturing, blame, and misplaced anger, the sights and sounds and overwhelming pain–and too similar to so many, too many, other stories lately. But I can find and share food and comfort with friends. It might be a small thing, but when the world seems hellbent on making us afraid of enjoying life (and of welcoming strangers into our lives), it’s the least I can do. 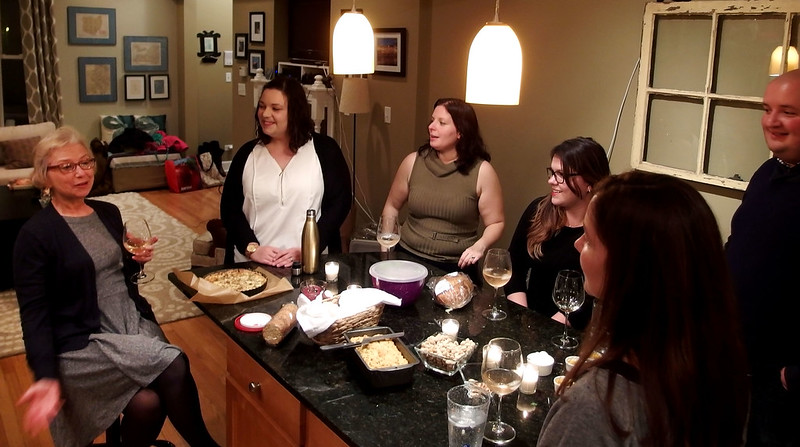 Heavy thoughts aside, this dinner was incredibly fun and I can’t wait to do it again (Smitten Kitchen cookbook is on the docket for January!). Here’s what we made and a few thoughts on each dish: