The grande dame of home cooking Julia Child said, “People who love to eat are always the best people.” No surprise, they’re also the best people to start a cookbook club with.

I posted about the first cookbook club in November (Dorie Greenspan’s Around My French Table). After this month’s meeting–a 15-dish extravaganza from the pages of the Smitten Kitchen Cookbook–I think this is the best thing I’ve done in the nearly four years I’ve been writing this blog. 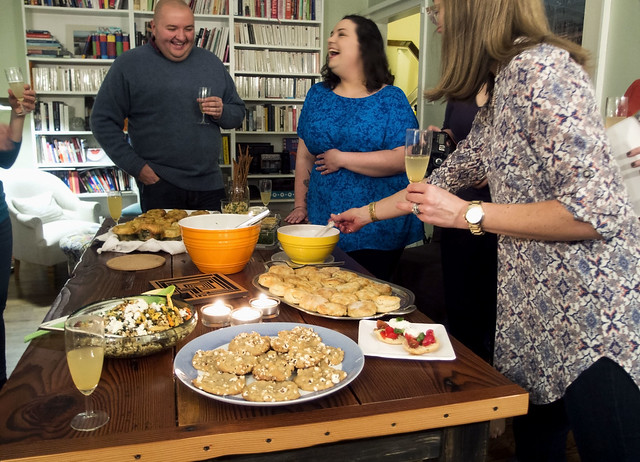 It’s all of what I love about dinner parties (great food, entertaining at home, not trying to split a check six ways or feeling rushed by a waiter trying to turn a table) and potlucks (trying lots of different dishes) without the not-so-great parts of each (paying for and cooking all the food yourself, that one person who always only brings a bag of Lay’s and a sleeve of Solo cups). Plus it’s a great reason to use the dozens of cookbooks I have overflowing my bookshelf.

The best part, though, is how quickly a group of strangers can become friends over a shared, homemade meal. 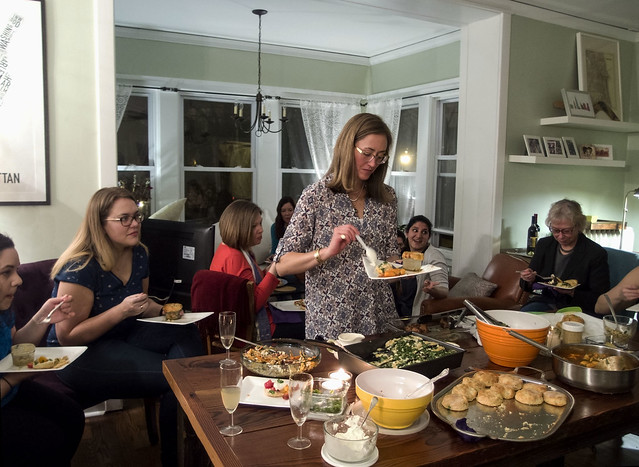 Here’s how it works so far:

We picked the Smitten Kitchen Cookbook for January’s meeting. I’ve had this book since Deb did her booksigning in Chicago, but have only made a handful of recipes (though the red wine velvet cake and the carmelized onion and squash galette are two all-time favorites). To stay true to the spirit of the club, we decided recipes from her blog were off-limits; cookbook only!

February’s cookbook is the incomparable Essentials of Classic Italian Cooking by Marcella Hazan. Want to play along at home? Pick a recipe, make it on February 20, and share what you made on Facebook! In Chicago and interested in joining the club? Send me an email! 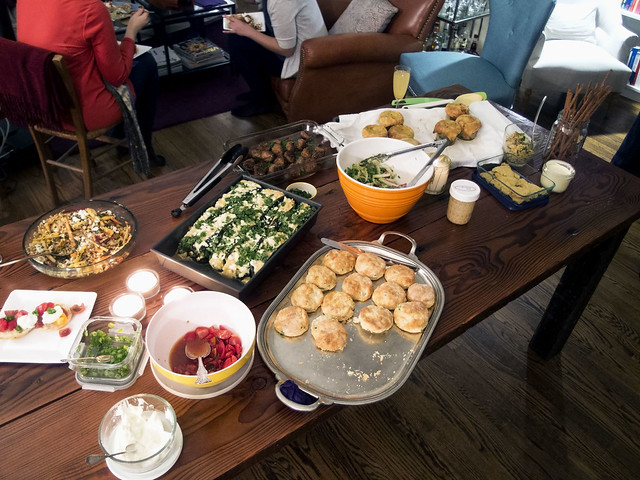 When January’s meeting came around, these were the recipes at the table: 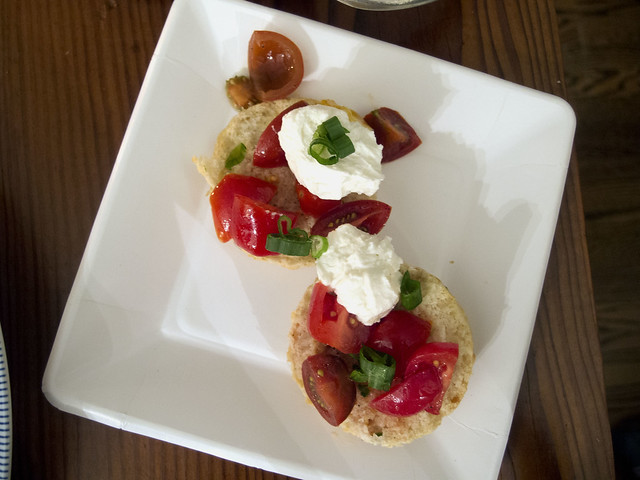 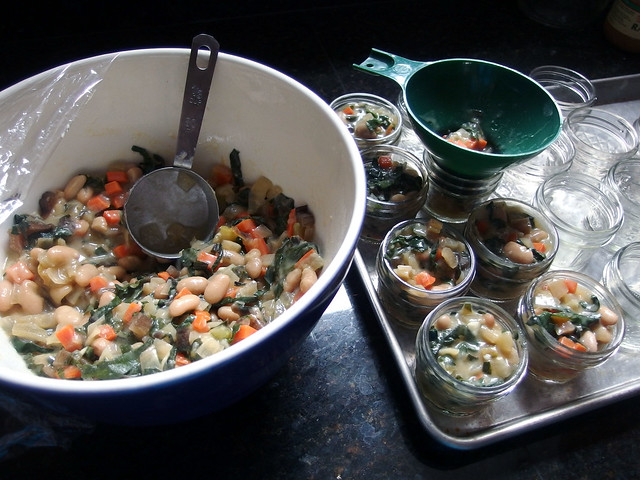 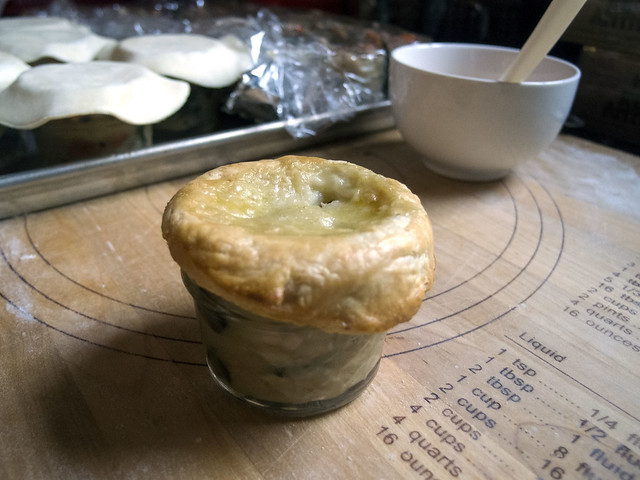 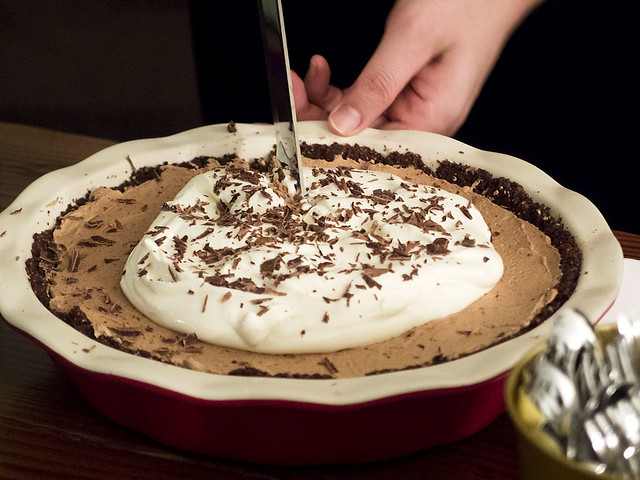 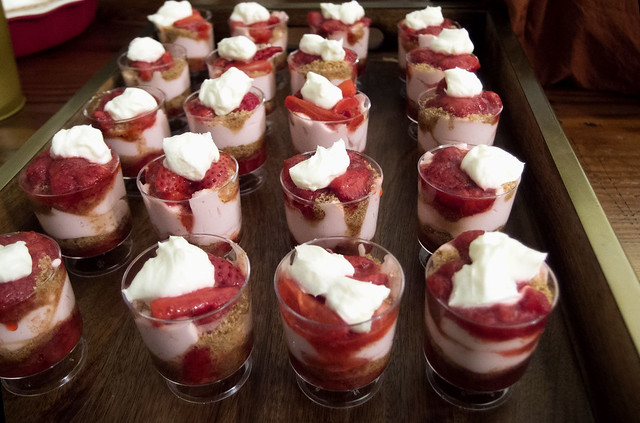 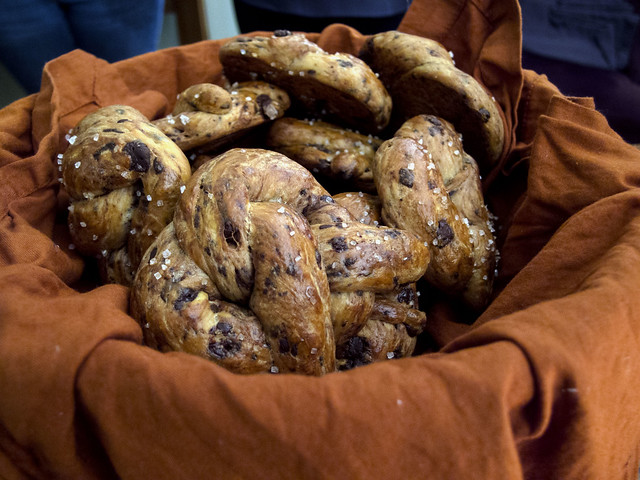 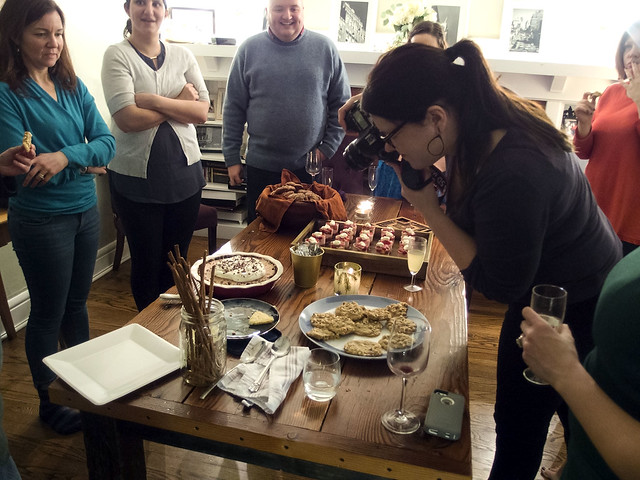 Most of us were already devoted followers of Smitten Kitchen, and pretty much agreed that we preferred Deb’s interaction with commenters and her ability to tweak recipes or offer clarifications on her blog. But we all plan to make nearly every one of the recipes again and are all excited to try some of the recipes we didn’t get to (we might need to revisit the book for our brunch meeting). When Deb’s next cookbook comes out, it will definitely be on our list!

4 thoughts on “Cooking the Books – The Smitten Kitchen Cookbook”